Pictures of the event appear below. Over 120 people attended! 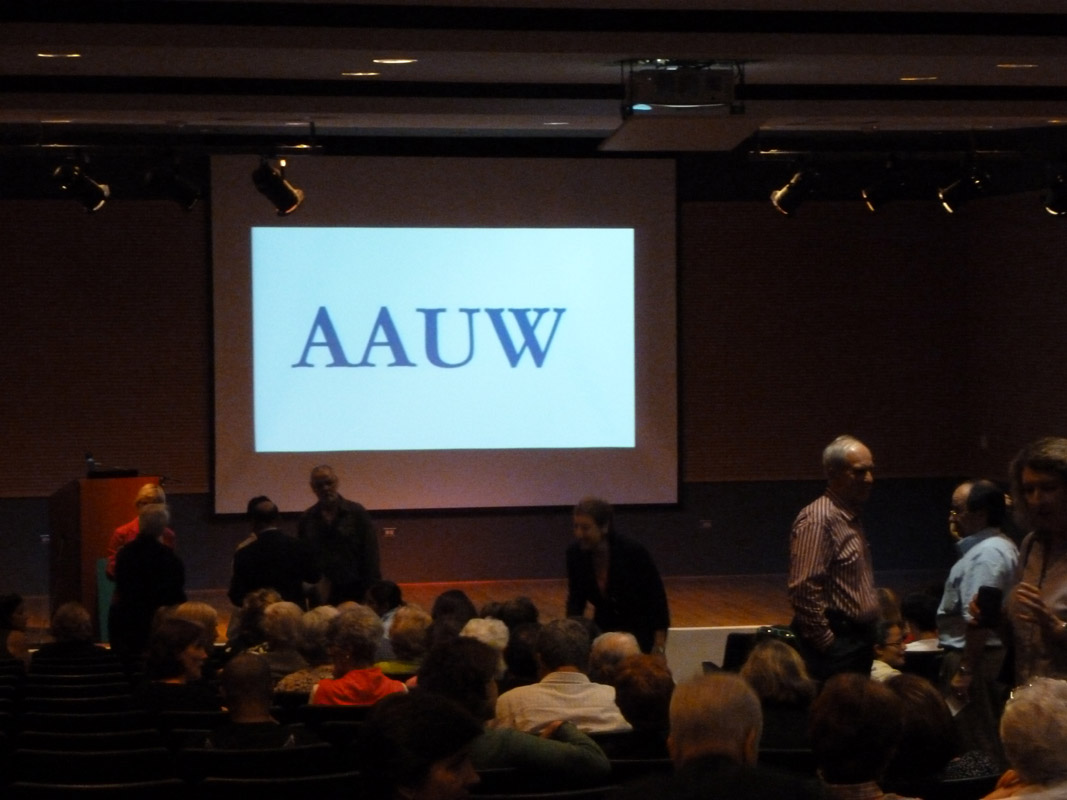 View from the back of the room before we began.

The CrowdLilly Zeller of hablandodefilantropia.comFrom the Boys and Girls Clubs

More than 100 people joined AAUW San Juan and the Foundation for Puerto Rico last night (January 19, 2012) to hear the presentation by Dr. Cesar Rey on the incidence of human trafficking in Puerto Rico. The scope of the problem on our island is much larger than most people can imagine. Staggering fact: Fifty-six percent of the victims of this crime in Puerto Rico are children, and one of the worst offenders is the foster parent system.

Representatives from several diverse community organizations were on hand to discuss ways to keep the most vulnerable population (poor children) out of harms reach and to get them help after they have been freed from their exploitation.

Thanks especially to the members of the AAUW San Juan board and the International Women’s Issues Discussion group for their leadership in making this presentation a success.

Look for more details in the next AAUW San Juan newsletter.

WHAT’S THE GENDER PAY GAP IN YOUR STATE?