Laura Pérez, graduate of our local Academia Maria Reina and the founder 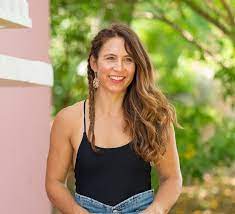 of Mucho Gusto, speaks about her journey as an entrepreneur: raised in PR, traveling the world, and returning to raise her children and begin a business. Her goal is that plant-based desserts will make a positive impact on the food scene in PR, and through collaborating with local food artisans and farmers, she can be part of the rise and growth of the plant-based movement in Puerto Rico.

Dr. Nieves-Colón, an anthropological geneticist, and currently an Assistant Professor of Anthropology at the University of Minnesota, speaks about her research into the threads of Taíno genetic material in the present day Puerto Rican population. Able to explain complicated concepts with ease, she sheds light on the juxtaposition of the myth of Taíno extinction colliding with a sense of national pride in Taíno culture on the island, where people still consider themselves Taíno today.

Humanity Puerto Rico, explains what Habitat is doing to help with the housing shortage on the island. She highlights the Women Build program, which is a construction skills and jobs opportunity for women in Puerto Rico. It is an inspiring story of women getting the training to tap into this rapidly-growing sector.

The Many Transformations of Jan D’Esopo 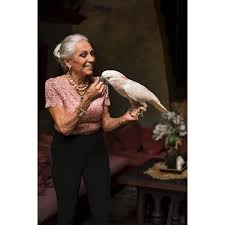 Artist, gallery owner, patron of the arts through the Puerto Rico Charitable Trust for Education of Young Musicians, keeper of The Gallery Inn in a 17th century building in OSJ, owner of the fabulous Cannon Club – Steinway Piano Bar, creator of a music series and a podcast during the pandemic and much more, Jan D’Esopo has reinvented herself over and over again, adding facets to an impressive and inspiring life. Join us for an interview of this interesting woman who has redefined herself in her adopted home of San Juan. 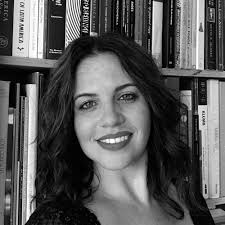 Melissa M. Ramos Borges is a contemporary Puerto Rican art historian, and has curated and co-curated exhibitions in various institutions in her native Puerto Rico. She seeks to correct misconceptions regarding the experimental art produced on the island by rescuing and unveiling a large -but mostly unexamined- body of work created by a group of avant-garde Puerto Rican artists. Although these artists addressed local issues and reacted to shared social contexts, local colleagues considered them transgressors and questioned their “Puerto Ricanness” (puertorriqueñidad) which, she argues, contributed to posteriori-censoring by art historians.

How Women in Puerto Rico Obtained the Vote

SUNY Brockport professor and author, Dr. Anne Macpherson, and retired University of Sagrado Corazón professor and author Dra. Maria de Fátima Barceló Miller gave us an understanding of the political actions, many by women, that led to women achieving universal suffrage in Puerto UPR Law School professor, Ana Cristina Gómez Pérez, currently teaches a course which is part of a series on the most significant legal changes to the Civil Code of Puerto Rico (Law 55-2020). Having identified and analyzed the most important changes in the area of inheritance law, she will inform us what is on the books today, giving us all a better idea of the road ahead. This is very complicated material!

Journalist and educator, Cristina del Mar Quiles has worked for the past 10 years in print, radio, multimedia and independently as a reporter, editor and producer for newspapers such as Primera Hora, El Nuevo Día, the Inter News Service news agency, the Center of Investigative Journalism of Puerto Rico, and more. She is an integral part of the journalistic project Todas (todaspr.com) born of the desire to see issues that directly affect women reflected in the Puerto Rican press. Todas is dedicated to highlighting the individual and collective struggles of women in the fields of culture, entertainment, politics, economics and social management, and they critically review the information that affects women’s lives in all these areas, recognizing oppression based on gender, race, and social class in order to create a more equitable society. 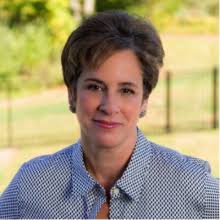 Born and raised in Puerto Rico, Gretchen Sierra-Zoritabrings a bicultural perspective and sensitivity to her work. Currently, she leads Polivox787, a bilingual and bicultural public affairs and communications practice that offers strategic advice on government policy and relations, coalition building and advocacy and media engagement. Her career as a federal government official, advocate, activist, writer and public speaker has made her a respected opinion leader, sought out for her non-partisan insight and knowledge on the fiscal and humanitarian crisis affecting the island of Puerto Rico.

For audio of this presentation, go to:
https://us02web.zoom.us/rec/share/0GTMwkp8Goy6g5wxtPXo-xkOmjfWCy0tv5ZWupfVp_obOO74aMBRHbOedi_s3GWA.bl2vbdX1Z7WWtLV3 Speaking five languages and a graduate of UPR and the London School of Economics, Alejandra Castrodad-Rodríguez has an interdisciplinary background, with over 15 years of experience in regional and local economic development, strategic planning and resilience. Today, Alejandra leads multidisciplinary, cross-sectoral teams in strategic planning efforts aimed at reducing inequity and exposure to risk. Her most recent projects range from disaster risk reduction (OXFAM) to renewable energy (RPPR-RMI) and low-income housing. She was the Program Director of Resilient Power PR, a group that partners with community groups to deliver alternative-power structures to providers of services to the most vulnerable.

Read more about how PR Resilient’s work began, after Maria, in the article HERE.

WHAT’S THE GENDER PAY GAP IN YOUR STATE?